DELL NPAR is Network Partitioning of single 10Gb NIC or better to say 10Gb CNA (Converged Network Adapter). NPAR technology is implemented on modern Broadcom and QLogic CNAs which allows to split single physical NIC up to 4 logical NICs. More about NPAR can be found for example here or here.

Please be aware that
The biggest NPAR value propositions are
I have seen several customers complaining about NPAR. NPAR is just another technology and each technology has to be used correctly with respect for what purpose it was invented and designed. I have depicted NPAR architecture in the drawing bellow. 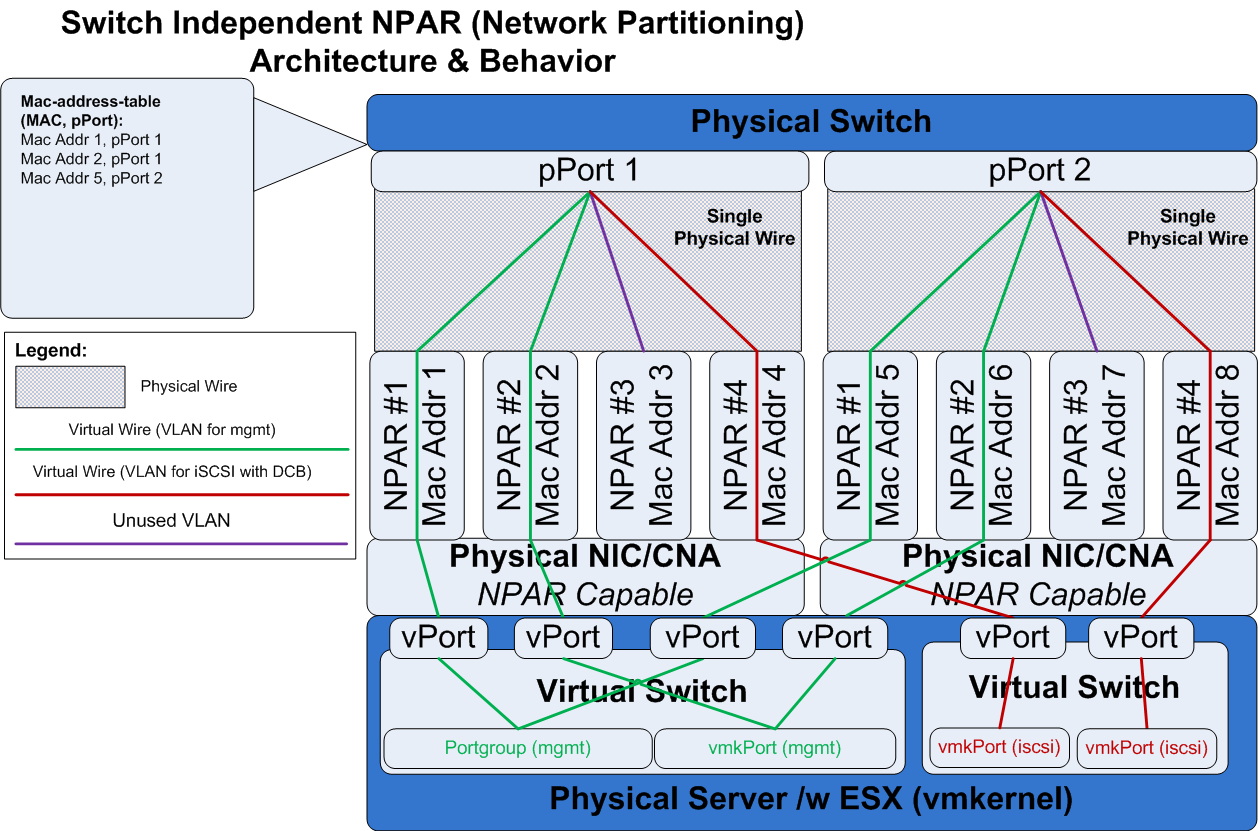 Let's describe the picture. On the picture you can see one physical server with ESXi hypervisor and two CNAs. Each CNA is divided into four logical partitions where each partition act as independent NIC with unique MAC address. You can see two physical wires interconnecting CNA ports with switch ports. Inside each physical wire are four "virtual wires" interconnecting CNA logical interfaces with single physical switch port. That's important!!! Four virtual ports on CNA are connected into single switch port. You can imagine it like four connectors on one side of the wire and just single connector on the other side.

That's not common, right?
The benefit of this architecture is switch independence.
The drawback is that ethernet flows between NPAR interfaces on single CNA port will fail.

So with this information in the mind let's explain NPAR architecture behavior in bigger detail.

Physical switch will never forward Ethernet frame back to the port from which the frame is coming. So, if src-mac and  dst-mac is on the same physical port switch (these are entries in switch mac-address-table) the L2 communication will be broken. That’s standard Ethernet switch behavior.
So what happen in NPAR architecture where are 4 virtual cables (NPAR interfaces with independent MAC addresses) connected into single physical switch port? No communication.

It is shown on picture below. 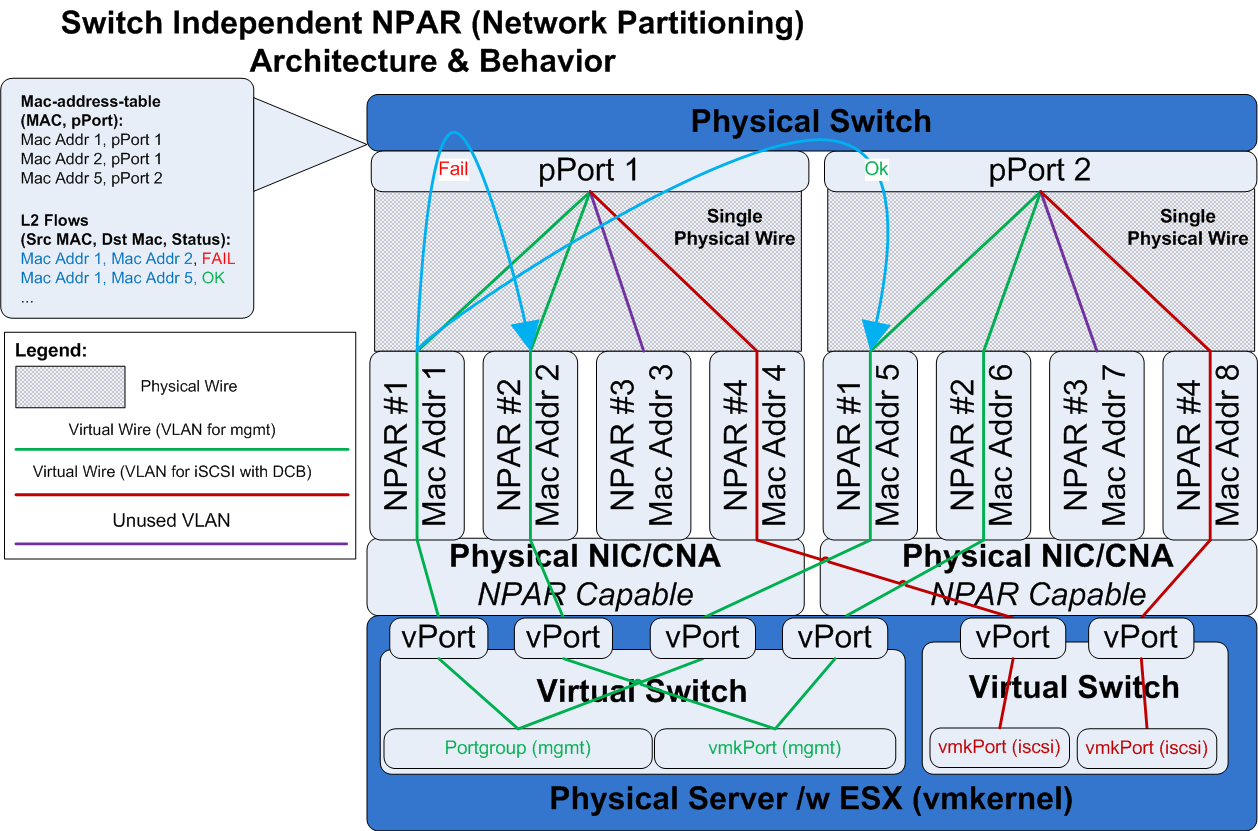 That’s the reason CISCO has VN-TAG (802.1Qbh) and HP has multi-channel VEPA (802.1Qbg)
These solutions multiplex Ethernet on both sides of the wire.

Note:
I have hands-on experirence with CISCO VN-TAG so I can admit it works correctly but I have never tested HP VEPA.

Problematic scenarios can be for example following configurations
Hope this helps DELL and VMware community.