A few weeks ago I have been asked by one of my customers if VMware Virtual Distributed Switch (aka VDS) supports Cisco like command line interface. The key idea behind was to integrate vSphere switch with open-source tool Network Tracking Database (NetDB) which they use for tracking MAC addresses within their network. I have been told by customer that NetDB can telnet/ssh to Cisco switches and do screen scraping so would not it be cool to have the most popular switch CLI commands for VDS? These commands are


The official answer is NO, but wait a minute. Almost anything is possible with VMware API. So my solution is leveraging VMware's vSphere Perl SDK to pull information out of Distributed Virtual Switches. I have prepared PERL script vdscli.pl which currently supports two commands mentioned above. It goes through all VMware Distributed Switches on single vCenter.

Script along with shell wrappers are available on GITHUB here https://github.com/davidpasek/vdscli

See screenshots below to get an idea what script does.

The output of the command
vdscli.pl --server=vc01.home.uw.cz --username readonly --password readonly --cmd show-port-status
looks as depicted in screenshot below. 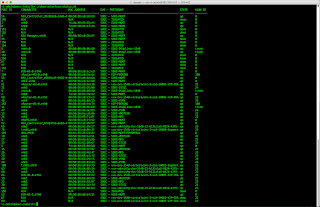 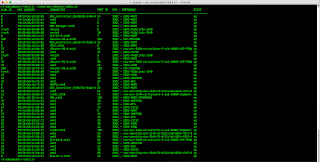 So now we have Perl scripts to get information from VMware Distributed Virtual Switch which is nice, however, we would like to have Interactive CLI to have the same user experience as we have on physical switches CLI, right? For Interactive CLI I have decided to use Python ishell (https://github.com/italorossi/ishell) to emulate Cisco like CLI. To start interactive VDSCLI shell you must have Python with iShell installed and then you can simply run script

which is just a wrapper around vdscli.pl The screenshot of VDSCLI shell is in the figure below

And the last step is to allow SSH or Telnet access to VDSCLI shell. It can be very easily done via standard Linux possibility to change a shell for the particular user. The VDSCLI over ssh is depicted on the screenshot below.

To operationalize all these scripts, I would highly encourage you to read my another blog post ...
"CLI for VMware Virtual Distributed Switch - implementation procedure".

Hope somebody else in VMware community will find it useful.