Long-time readers of my blog know that I'm working with VMware datacenter technologies since 2006 when I moved from software development to data center infrastructure consulting. In June 2006, VMware released VMware Virtual Infrastructure 3 and it was for me the first production-ready version for hosting business applications. Back in the days, it was a very simple platform (at least for end-users / administrators) and very functional piece of software with huge business benefits.

Let me share with you one secret I have discovered. As I have the software background, over the years I personally developed a lot of software on my own and also in the development teams so there is the law I personally discovered during my developer days in 90' and 2000' ... "The 3rd version of the developed software code is production-ready and to develop three software versions usually takes around 5 years." There are multiple reasons for this statement but this is beyond the scope of this post.

I will just give you two examples related to the topic of this article.

But let's go back to the topic of this blog post. Since 2006, I'm dealing with various adventures and challenges with server virtualization and software-defined infrastructure as the whole. It was and still is a very interesting journey and great industry and community to be as the infrastructure principles do not change very often and it was mainly about the better manageability, scalability, and simpler infrastructure consumption for application admins. Well, when I'm saying that key principles in IT infrastructure do not change very often there are few innovations over decades which change the industry significantly.
Few innovations mentioned above are changing the technologies but it always takes some time because the most resistant for change are humans. On the other hand, resistance or conservatism if you will, is not always bad because, at the end of the day, the infrastructure is just another tool in the toolbox of IT guys supporting the business.

Well, this is a pretty important thing to realize.

During my datacenter career, I worked for two infrastructure giants - Dell and Cisco - delivering server, storage, and network virtualization consulting to simplify sometimes pretty complex infrastructures. If you ask me for one reason why this is the interesting industry to be, my answer would be - THE SIMPLIFICATION BY ABSTRACTION.

When I look back retrospectively, this is the reason why I have decided to focus on VMware platform and invest my time (13+ years) into this technology. Back then, I have chosen VMware because they were emulating physical infrastructure components as a logical software constructs all backed by API with automation in mind from day zero. Another reason to chose the virtualization abstraction is that I'm a big believer of standardization and commoditization. It allowed me to leverage my existing knowledge about infrastructure principles. The disk is the disk, logically does not matter if it is connected locally through SATA, SCSI or remotely over Fibre Channel, iSCSI. At the end of the day, the disk is there to have a block device on a server and store some data on it. Period. And similarly, you can think about other infrastructure components like NIC, Switch, Router, File Storage, Object Storage, you name it.

My decisions and good intuition always paid back. Nowadays, nobody doubts about server virtualization and business-critical apps and even mission-critical apps are virtualized or planned to be virtualized soon. It's all about x86 commoditization and "good enough" technology. Compare it with another example in ICT. Do you remember the Telco battle between traditional telephone and IP telephony? I do. And do you see such discussions nowadays? No, no. It was accepted as a "good enough" technology even you do not have 100% guarantee you own the line during the telephone conversation. However, it has a lot of other benefits.

And we are in the same situation with PRIMARY STORAGE in datacenters. During the last 10+ years, I was dealing with or witnessing multiple storage issues in various data centers. I'm always saying NO STORAGE = NO DATACENTER. The storage system is a critical component of any datacenter. The major incidents and problems were caused because of
I was witnessing all these issues not only as a data center consultant but also as VMware Technical Account Manager during last 4 years, helping few assigned VIP VMware accounts to keep lights up and think strategically how to simplify data center infrastructures and deliver the value to the business.

Since 2013, VMware is developing the next big thing, software-defined storage. As I've mentioned above, from a technical point of view, I believe vSAN 6.7 U1 is the production-ready piece of software and from now it will be better and better. I'm not saying there are not or will not be any problems. The problems are everywhere around us, the failure is inevitable, but it is about the availability and recoverability options and how fast any solution can be fail-over or recovered. This is again beyond the scope of this article but I hope you understand the point.

Nevertheless, the software eats the world and I believe, there is the momentum for Hyper-Converged Infrastructures which in VMware means vSAN. Of course, it will require some time to convince traditional storage architects, engineers, and operation guys but the trend is absolutely clear. For the transition period, VMware has other storage technologies to leverage not only vSAN but consume traditional storage systems more intelligently with vVols and evolve into software-defined datacenter (SDDC) eventually.

So let me announce publically, that since September 1st, I work for VMware as a Senior Systems Engineer for Hyper Converged Infrastructure (HCI). As a VMware Systems Engineer for HCI, I'm responsible for driving the technical solutions to ensure customer success and revenue goals derived from VMware software and solutions. I'm focused on HCI solutions for assigned Alliance Partner (Dell Technologies) working closely with both the Alliance Partner and VMware technical teams to build the differentiation with that Alliance. I will be also able to bring feedback from the field to VMware and Alliance Product Management teams. 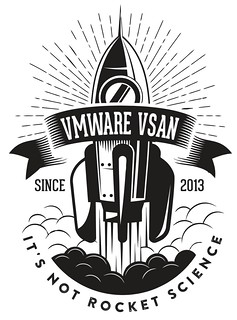 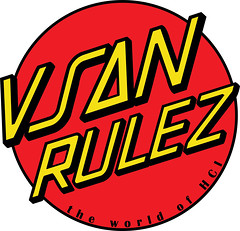 I'm excited and looking forward to this new journey. Hope I will have enough spare time to blog about the journey and share it with great VMware community.
Posted by David Pasek at 11:47 AM

Congrats David and I look forward to working with you ;-)