I have four Dell server R620 in my home lab. I'm running some workloads which have to run 24/7 (DNS/DHCP server, Velocloud SD-WAN gateway, vCenter Server, etc.), however,  there are other workloads just for testing and Proof of Concepts purposes. These workloads are usually powered off. As electricity costs will most probably increase in near future, I realized VMware vSphere DRS/DPS (Distributed Resource Scheduler/Distributed Power Management) could be a great technology to keep the bill of electricity at an acceptable level.

VMware vSphere DPM is using IPMI protocol to manage physical servers. IPMI has to be configured per ESXi server as depicted in the screenshot below. 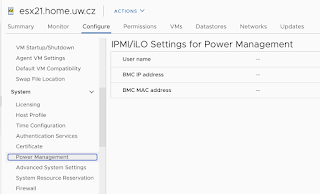 I have iDRAC Enterprise in my Dell servers and I thought it will be a simple task to configure iDRAC by just entering the iDRAC username, password, IP address, and MAC address. 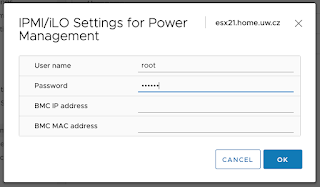 However, I have realized that the configuration operation fails with an error message "A specified parameter was not correct: ipmiInfo".

During troubleshooting, I tested ipmi (ipmitool -I lanplus -H 192.168.4.222 -U root -P calvin chassis status) from FreeBSD operating system, and I have realized it does not work as well.

That led me to do some further research and to find, that iDRAC doesn't have IPMI enabled by default. iDRAC command to get the IPMI status is "racadm get iDRAC.IPMILan"

After such iDRAC configuration, I was able to use IPMI from FreeBSD operating system.

And it worked correctly in VMware vSphere as well as depicted in the screenshot below.

When IPMI is configured correctly on ESXi, the ESXi host can be switched into Standby Mode manually from vSphere Client as ESXi action. 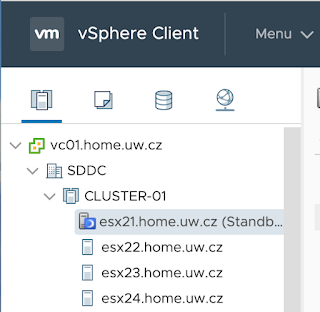 The ESXi Standby Mode is used for vSphere DRS/DPM automation. 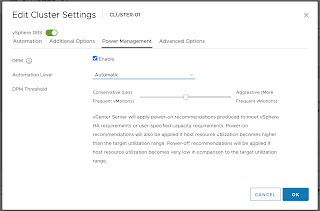 Hope this helps some other folks in the VMware community.

Thank you for posting this!

Some notes:
- The minimum privileges required for the vCenter service account on the iDRAC is IPMI: Maximum LAN User Privilege Granted: Operator
- Changing the IPMI encryption key caused the vCenter to fail to connect to the iDRAC over IPMI so it looks like you must use the default value.